Bianca is a southern girl form Chattanooga, Tn, who has a passion for giving people great food. She is the former Executive Chef of the Spirit of Washington, a small cruise ship on the Potomac River in Washington, DC. Notable guest including the former Mayor Vincent Grey, the late former Mayor Marion Barry, WHUR Radio DJs and the WNBA Washington Mystics Women's Pro Basketball Team have all eaten her delectable menus. She also collaborated with Celebrity Chef Eric Levine, along with other fleet chefs on the 2014 Spirit of Washington Menu. In 2013, Bianca's recipe for Garlic Mashed Potatoes was chosen for the Spirit of Washington Menu. In 2015, Bianca had the pleasure of feeding the 2015 Miss Nashville and the 2015 Miss Tennessee. In 2016, Bianca became the only non Jewish chef in Nashville to make kosher meals for the Jewish community. Bianca has since then expanded her service from the DMV to West, Middle and East, Tennessee. She looks forward to meeting you and discussing the creation of your perfect menu. 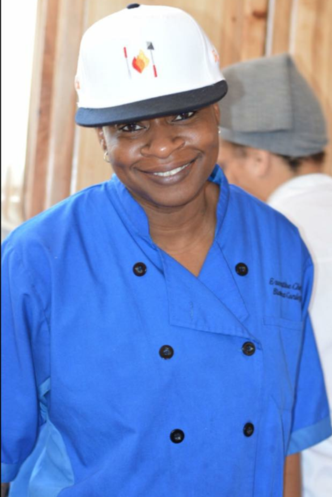